Cocoa, cinnamon and jalapenos, oh my! 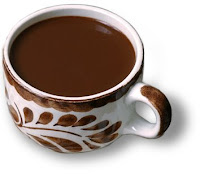 I tasted my first Mayan chocolate the other day. It was in the form of sipping chocolate, thick and creamy, with a hint of fire as it tumbled down my swan-like throat. I've been to Guatemala thrice. I've met with Shamans, have partaken in hallucinagenic poultices, learned to drop birds from the tops of ceiba trees using nothing but a hollowed-out bamboo shoot and a sharpened coati tooth dipped in the mashed remains of a poison dart frog (this would come in handy on trip number three, in my encounter with General Jorge Francisco, rest his dictatorial soul). Still, not once was I ever offered a taste of Mayan chocolate, in spite of what I still believe was my uncannily close relationship with the Mayans of the region. I would grouse, "harrumph," but that would be childish and gauche. Istead, I'll hold my head up and say, simply, "Cest le vie!"

It's been awhile since my last entry and I wish I could say it's because I've been oh, so busy, galavanting here and there around the globe, saving the world from evil men. But I can't. It's been positively, hideously boring, bunnies. Nothing but fruit cocktail, tea and butter cookies in between pedicures and Tupperware presentations. We're in canvassing mode right now. It seems that the troops are getting thin (in numbers, not in weight, unfortunately), thanks to age and mishaps. New blood is needed, so I've been hosting "cosmetic parties" while touring the country on what is being touted as the "geotastic tour." Ambassadors are making a monthlong swing through these glorious U-nited States, painting a bizzarely picturesque panorama of their acheivements as diplomats abroad. And the constant smiling I must do. Lord of lunchmeat, my face hasn't hurt this much since my mission in Sicily, when I was forced to drag 300-lb Don Vito Stromoli from the top of the butte to the seaside, using only my teeth and his smelly belt. Don't ask why, because it hurts just to think of it.

I shall be returning to Manhattan in a week. There is a purple hatbox waiting for me in the lobby of the Plaza Hotel. To be honest, I hope it's not a hat.
Posted by Vivian D. at 12:34 PM No comments:

There's Nothing Like a Good Menthol Fizz to Clear the Pores

I saw the fabulous Dame Louisa Galtrier performing the lead role in the underperformed Moss Hart high drama, “The Bamboo Prison.” It never really gained any traction stateside and after having experienced it, I can see why. While Lady Galtrier was sublime (as always), the timbre of the narrative really never took hold for me. It takes place in the Philippines, you see, and Dame Galtrier played a wayward missionary struggling to survive in the jungle after having crashed in a small prop plane. She spends half the play lamenting at the lack of food, yet the set designers saw fit to paint mural upon mural dotted with mangoes, papaya and sumptuous pineapple. I found it hard to sympathize. I mean, really. Make a fire, my bunny. Make a fire, boil down the juice of the local fruit, give it ample time to ferment and you have an endless parade of cocktails at your disposal. Sounds less like a prison and more of a much-needed vacation.

Zinnia is on the mend, in case you're wondering the outcome of my last entry. I freed her from the task of turning down the lights on her husband by doing the job myself. Oh, no need to fawn at my generosity, dears. She'd have done the same, as would most any of the Black Cats. It's an unwritten pact among the litter. While we've all recited and signed the oath to place “duty before love”, it really only works on paper. Love, even when one enters into it as a charade, finds its way into one's pores, resting just under the epidermis, leaking ever so slowly into the capillaries. It's a toxic venom, and you ladies who have been stricken by it know the torch song I sing. It's natural that it's men who would give such a heartless mission to an agent. Why, a man would kiss his wife one minute, send her sailing over the railing of Niagara Falls the next. Don't think so? I've seen it, my blossoms. No less than seven times; one lady even grazed my cheek with the heel of her boot. I was genuinely shaken and stirred.

It was a quick job. Quick and clean, just the way I like them. Representative Schilack was a fine man, but a weak one at that. When your hand works in money as much as his did, I suppose it's tempting to let things get sticky now and then. A C-note here and there. One thinks those things go unnoticed, but they don't. And when you try and find your way out of the storm by looking to the red lights of a communist regime, there's really no turning back. I can understand why they looked to Zinnia to do the job; she is the closest to the target, after all. But we girls must stick together. And so, when my friend excused herself to visit the hotel boutique, I slipped into the suite, knowing that Mr. Schilack had stepped into the shower. There's nothing better for the pores than a heavy dose of steam and when they get good and open, all kinds of things can find their ways into them. Even a half ounce of secretion from the rare Venezuelan tree frog, mixed in a solution of menthol fizz can find its way from beneath the washroom door, among the steam and into the bloodstream of an unfortunate, but supremely stupid man. “It was a heart attack,” the papers would say. But then, the papers always say it was a heart attack. They have neither scruples, nor imagination.
Posted by Vivian D. at 11:31 AM No comments: 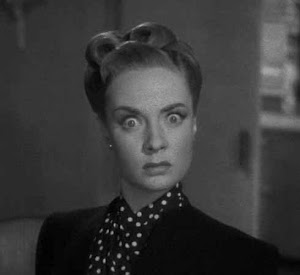